Ever since the development of the earliest intravenous therapies, the presence of particulate matter in injectable drug products has been a concern among clinicians.

The presence of particle contaminants has the potential for patient harm, especially among individuals considered to be in high-risk populations.

In recent years, there has been an increase in the number of drug product recalls due to the presence of particulate matter.

These recalls are actions taken by a company to remove a product from the market. A manufacturer recalls a product voluntarily, by request from the U.S. Food and Drug Administration (FDA) or by FDA order under its statutory authority.

Since 2008, there has been heightened attention among manufacturers and regulators on particulate matter detection and control.

A Minimum Guideline for Manufacturers

Today, manufacturers, regulators and standards-setting organizations like USP continue to work toward manufacturing quality and minimizing harm from particle contamination.

A Growing Understanding of Particulate Matter

With an increasing level of global sourcing and distribution of drug products, attention to the presence and control of particulate matter is more important than ever. Manufacturers must develop and maintain a keen awareness of where their manufacturing processes are most vulnerable to particulate contamination.

To this end, USP is also developing General Chapter <1790>, Visual Inspection of Injections. This standard is designed to give a comprehensive life-cycle approach for understanding particulate matter, where it can come from and how to control it.

USP relies on public comment from critical stakeholders to inform the development of its standards. In early 2015, a proposed version of General Chapter <1790> will be posted for feedback on Pharmacopeial Forum, USP’s free-access online source for posting standards and receiving comments.

We encourage all parties interested in the control of particulate matter in drug product manufacturing and distribution chains to provide their input on this standard, General Chapter <790> and other important USP standards by providing comments on Pharmacopeial Forum.

Desmond Hunt, Ph.D., is a senior scientific liaison at USP for distribution, storage and packaging. 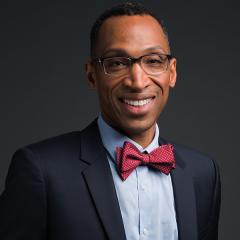 Since the start of the pandemic, the U.S. government has allocated over $34 billon to improve U.S. medicines supply chain resilience.

As pharmaceutical continuous manufacturing (PCM) technology captures increasing stakeholder interest as one way to help achieve this goal, USP public quality standards and related programs will remain an essential part of the solution to support quality and innovation and bolster supply chain resilience.