With growing concerns about the availability of medical appointments and medicines in these days of COVID-19, people are relying more and more on dietary supplements to support their health. According to IRI – a market research firm that tracks U.S. multioutlet sales, including in mass market, grocery, drug, and convenience stores (but not specialty vitamin stores such as The Vitamin Shoppe) – there was an increase of 35% in sales for overall dietary supplements in the first weeks of COVID-19 (March 2020).

“Green tea, for example has been touted for its purported health benefits such as promoting weight loss, improving brain function and even claims that it cures some types of cancer. Similar to many botanical dietary supplements, available evidence is insufficient to support most of these health benefits, and some botanicals can actually be harmful,” says Hellen Oketch-Rabah, Ph.D., senior manager for dietary supplements and herbal medicines at USP.

Although traditional green tea as a beverage has a long history of consumption, the use of green tea extract (GTE) is relatively recent and has gained wide popularity as an ingredient in dietary supplements (DS), especially in products promoting weight loss.

The USP Dietary Supplements Expert Committee started investigating reports of liver injury associated with the consumption of green tea extract (GTE) in 2008 and published a review article in which they proposed the inclusion of a label caution statement based on evidence from 34 adverse event reports that were reviewed. However, the proposal was abandoned as the evidence was considered inadequate. As is USP practice of continuously reviewing its standards and guidelines, the EC continued to monitor the literature for further cases of liver injury related to GTE and in 2016, USP decided to re-introduce a cautionary labelling statement based on additional data that showed that GTE continued to be associated with liver injury. Even then, the Expert Committee judged that the information reviewed was still insufficient to determine whether the reports of liver damage were due to GTE itself or external factors, such as contamination occurring during the manufacturing process.

At that point, USP convened a Green Tea Extract Hepatotoxicity Expert Panel, which was tasked with performing a comprehensive review of the literature on GTE-related hepatotoxicity to better understand the relationship between the reported toxicity to the liver and other factors such as chemistry, manufacturing, and controls (CMC), intake of known compounds of GTE, and how the body processed these compounds (pharmacokinetics and pharmacodynamics).

The results of the work from the Expert Panel were published in February 2020 in the journal Toxicology Reports. Authors of the manuscript are experts from industry, academia and regulatory agencies.
The manuscript concluded that GTE may contain solvent residues, pesticide residues, and other impurities that can cause liver damage in susceptible people. But, of greatest significance, was research suggesting that a specific compound in green tea that is most abundant (Epigallocatechin gallate or EGCG), can saturate the liver, increasing the potential to liver disease.

“These findings are important because the process of manufacturing green tea extract may vary greatly from one manufacturer to another,” says Kristi Muldoon Jacobs, Ph.D., USP’s regulatory science affairs director.  “While one product containing green tea extract may have a low amount of EGCG, another may have an enormous amount and cause damage if taken frequently. We can’t be certain which manufacturing processes are used to prepare GTE in the market, so that’s why it is important to have a standard available to manufacturers.”

USP currently has public quality standards available for Powdered Decaffeinated Green Tea Extract, which besides describing GTE and its components, and how to test for unwanted contaminants and impurities, require manufacturers of dietary supplements claiming compliance with this standards  to include the following cautionary statement on their product label: “Do not take on an empty stomach. Take with food. Do not use if you have a liver problem and discontinue use and consult a healthcare practitioner if you develop symptoms of liver trouble, such as abdominal pain, dark urine, or jaundice (yellowing of the skin or eyes).”
“The label is important for consumers for a couple of reasons,” says Muldoon-Jacobs. “First, it informs consumers of the potential adverse effects associated with this particular ingredient, how to reduce the risk of adverse effects occurring, and how to recognize symptoms that require medical help. Also, it lets consumers and distributors know that the dietary supplement was manufactured in accordance with a USP quality standard, offering greater assurances of quality manufacturing.”

For those wondering whether brewed green tea has the same side effects as consuming GTE, both Oketch-Rabah and Muldoon-Jacobs respond that you can keep drinking your green tea. The amount of EGCG and other components in brewed green tea is much less than the concentrated GTE and has not been associated with any adverse effects.

“The take-home message here is to talk to your health provider before consuming any dietary supplement. He/she knows your pre-existing conditions, how supplements may interfere with medicines you are currently taking, and how taking a dietary supplement might affect your health” explains Muldoon-Jacobs. 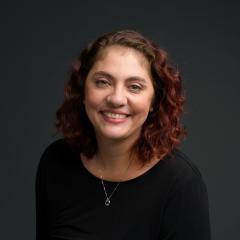 Quality Concerns and Future Steps into the Era of “Digital Medicines”

Quality standards for efficiency in drug development and manufacturing...

During the COVID-19 pandemic, we have become acutely aware of how precious time is and the potential repercussions of delays or inefficiencies.

As African nations begin to ease lockdown restrictions, health systems are bracing to prevent the novel coronavirus from spreading rapidly through their populations.

Antimicrobial resistance (AMR) is a global health challenge which can undermine standard treatments and procedures on which we have come to rely.