With significant innovations in pharmaceuticals, including biologic drugs and treatments for rare diseases, the need for new and better functioning excipients to improve drug delivery is growing.

Under the current US regulatory system, new or novel excipients are only evaluated for intended use in the context of a drug application review.  According to the FDA, a novel excipient is one that has not been previously used in an approved drug product in the US for the intended route and level of administration. This means that even excipients that have been used for years in foods or drugs are considered “novel” if they are used at a higher dosage level or a different route of administration (e.g., oral vs. topical) than in any previously reviewed and approved drug1.

Regrettably, a practical result of novel excipients being reviewed only in the context of a drug application is that potentially more effective formulations are not being advanced through the drug development process.  Pharmaceutical companies simply have too much of their capital and future invested in their drug applications to risk delay or rejection due to a novel excipient, so there is reluctance to use excipients beyond those already in currently marketed drugs in the US.

A 2019 novel excipient survey conducted by the US Pharmacopeia indicates that the drug regulatory pathway for novel excipients has a significant impact on innovation in the pharmaceutical and excipient manufacturing industries.  Nearly all the respondents who have formulated and/or supervised those who formulate medicines in the past five years believe excipients are at least very important in advancing a formulation through drug development. Forty percent reported having to reformulate a drug product for the US market due to limitations associated with excipients, and nearly one in three reported abandoning development of a drug product due to excipient-related issues. More than three quarters of respondents also reported challenges with using novel excipients; regulatory requirements outweighing technical, quality or cost issues.  These findings were presented to the public at USP’s Excipients Stakeholder Forum in November 2019. USP plans to publish an analysis of these findings in early 2020.

Fortunately, there is opportunity for a new path forward for novel excipients. The FDA is considering a pilot review program for the toxicological and quality evaluation of novel excipients intended for use in human drugs. The program would apply to novel excipients that have not been previously used in FDA-approved drug products and that do not have established use in food. While it does not currently review new/novel excipients outside of the drug application review process, US FDA is considering this pilot program because, as stakeholders point out, it may provide “public health benefits, such as improved drug delivery or utility in abuse-deterrent opioid formulations.”  FDA also expects that excipients reviewed under this program, after they are used in approved formulations, would be listed in the Inactive Ingredient Database2. Published quarterly by the FDA, the Inactive Ingredient Database (IID) is used by formulators to identify excipients utilized in US-marketed drug products. FDA is currently soliciting Input from stakeholders, submitted on or before February 3, 2020, about this program.

As drug substances become increasingly complex, formulation challenges will continue to grow. Novel excipients have the potential to have a major impact on drug development and by extension, the number and types of treatments available to patients. Novel therapeutics offer hope to physicians and patients alike. We encourage interested stakeholders to review and respond to US FDA’s Novel Excipient Review Program Proposal; [Docket No. FDA–2019–N–5464] to help give pharmaceutical manufacturers more options at their disposal for overcoming formulation challenges and bringing new therapies to market. 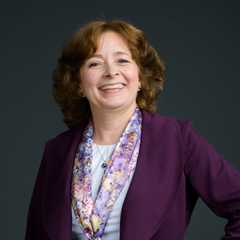 Best Practices in State-Level Procurement in India During the COVID-19 Pandemic: Adap...

In the global race to procure vaccines, India—the world’s leading supplier of generic medicines—faces an acute shortage of COVID-19 vaccines. Often dubbed the world’s pharmacy, India must now obtain enough vaccines for its own people. The federal government is in charge of procuring COVID-19 vaccines. However, significant challenges in quality assurance—including storage, distribution, and getting shots into arms at the last mile—remain at the state level.

The challenges posed by COVID-19 transcend international borders and require global solutions. This includes addressing the potential for substandard and falsified (SSF) COVID-19 vaccines, particularly in low- and middle-income countries. At the U.S.

Those stakeholders involved in the development and distribution of vaccines – including developers, manufacturers, distributors, and healthcare practitioners – must all work together to maintain the quality of authorized and approved COVID-19 vaccines.