The Pharmacy – More Than Just Another Service Counter 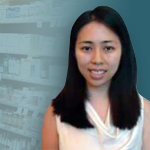 Around the age of six, I remember my first experience at a community pharmacy in a local grocery store.

I stood on a chair, peering over the pharmacy counter as I watched with delight the pharmacist mixing my bottle of bubble gum flavored amoxicillin. It seemed like a magic trick; the pharmacist just added water and the bottle became a tasty pink concoction.

At that time, I thought the pharmacy was just another service counter at the grocery store, not unlike the bakery or the deli.

Fast-forward a decade later. I got my first job in high school as a courtesy clerk at the same local grocery store. I began my new post retrieving shopping carts at the back of the parking lot and bagging groceries. Eventually I moved on to become a cashier and worked at various service counters including the flower shop and bakery, and then finally the pharmacy.

It didn’t take very long for me to realize that the pharmacy was NOT just another service counter.

Trusted Advisor: The Role of a Pharmacist

I watched in admiration as the pharmacist counseled a young boy and his mom on how to use a new inhaler for the first time. I observed the pharmacist calm a weary patient just prescribed a drug for diabetes—a disease she had never heard of before much less thought she needed treatment.

One memorable event involved a middle-aged man who was desperate to quit smoking after several failed attempts. The pharmacist counseled him at length on how to correctly taper the dose of his medication, which would help curb his appetite for cigarettes. He also discussed other habit and lifestyle changes that were just as important as the drug, all of which would increase his chance for success. Several months later, he came back to the pharmacy exclaiming that he hadn’t smoked one cigarette in 3 weeks! That was longer than any trial he’d tried thus far.

What it Takes To Be a Pharmacist

Amazed at how the pharmacist knew so much about all the drugs and disease states, I decided to ask her how one becomes a pharmacist.

She told me she had to go to pharmacy school to obtain a Doctorate of Pharmacy (PharmD). At this point, I was a junior in college majoring in biochemistry. Although another 4 years of school was a hard pill to swallow (pun intended), I knew this was what I wanted to do. And so I began my next journey into and through pharmacy school.

During my time at school, I was very fortunate to be able to explore different internship opportunities—a research associate in an analytical laboratory for a pharmaceutical company, a biological aide for the US Department of Agriculture, and a summer intern for the United States Pharmacopeial Convention (USP). The first week of orientation at the pharmaceutical company included reading several test chapters in the USP-NF.

Did you know that all drugs marketed and sold in the US must meet the standards in the USP-NF? I started noticing that the majority of medication bottles behind the pharmacy counter had “USP” on them after the drug name.

Four years later, I graduated from the University of Maryland School of Pharmacy and earned my pharmacist license.

I stayed on at the same local grocery store and was promoted to a pharmacist. Meanwhile, I also started a career at the USP as an assistant scientific liaison in the Healthcare Quality Standards department. USP not only has standards for the identity, strength, quality, and purity of medicines, but also standards for healthcare practitioners to protect public health.

Did you know that USP has standards for compounding and prescription container labeling? That bottle of bubble gum flavored amoxicillin that I once watched the pharmacist mix, had to be reconstituted with Purified Water in accordance with USP standards. And the label on that bottle of amoxicillin had to clearly state my name and provide clear instructions on how to dose the medication. USP also has standards for the prescription drug leaflet that accompanies the medication.

Today, I get the opportunity to work with renowned experts in pharmacy, as they work to develop standards to promote safe use and handling of medications worldwide. I am also fortunate enough to continue working part-time as a community pharmacist, providing the resource and counseling that first inspired me to become a pharmacist.

If you’re considering a career in pharmacy or other STEM fields, please visit USP’s career page.

Jeanne Sun, PharmD is an Associate Scientific Liaison in the Healthcare Quality Standards department at USP.

USP’s success in its mission to improve global public health through creation of standards and related programs depends in large part on the work of volunteers.

In simple terms, risk is the possibility of something bad happening. It’s the uncertainty around the consequences of an activity with respect to something that we value.