Antimicrobial resistance (AMR) occurs when microbes, such as bacteria, viruses and parasites, change such that they are no longer killed by antimicrobial drugs. In the United States, more than 2.8 million antibiotic-resistant infections occur each year, resulting in more than 35,000 deaths. The World Health Organization (WHO) has declared AMR one of the top 10 global public health threats facing humanity. A recent study estimated that more than 1 million people died worldwide in 2019 due to AMR and another nearly 5 million deaths were associated with AMR. AMR could lead to 10 million deaths a year worldwide by 2050. A surge in AMR could also make routine surgeries and interventions increasingly dangerous due to infections acquired in hospitals.

Medicines can be substandard in multiple ways:

Research from USP’s Quality Institute, which sponsors independent research to inform evidence-based policy decisions to increase the availability of quality medicines, supports investigation into poor quality medicines as a driver of AMR. Recent work found that beyond development of resistance to the administered drug, bacterial pathogens may also become resistant to other antibiotics in different product classes upon exposure to substandard antibiotics—a troubling finding that suggests the use of a single substandard antibiotic could render pathogens resistant to multiple classes of antibiotics.

More specifically, Quality Institute research fellow Carly Ching, PhD, led work assessing whether a range of inadequate amounts of ciprofloxacin, a common and widely prescribed antibiotic, leads to the development of resistance across multiple classes of antibiotics. The results revealed that poor-quality antibiotics (in this case, ones with low amounts of the API in ciprofloxacin) can drive bacteria to become resistant not only to ciprofloxacin, but also to a host of other drugs – a phenomenon known as multi-drug resistance (MDR).

Quality Institute research has also shown that exposure to impurities in antimicrobial medicines can promote the development of antibiotic resistance. Impurities can lower the effective antimicrobial activity or interfere with specific tests (known as assays) used to quantify the amount of API in the product, by causing the amount of the API to be overestimated and then leading to a less-than-therapeutic dose of medicine needed to kill a pathogen. Some of these impurities can arise from improper storage conditions, so maintaining good storage practices along the medicines supply chain is paramount to maintaining quality medicines. Additional research from the Quality Institute has shown that resistant pathogens can outcompete wild-type microorganisms—in other words, the bug that does not respond to treatment is stronger than the bug that would be eliminated by the drug. While this link was demonstrated through laboratory research, it echoes the emergence and spread of malaria-causing parasites documented in Southeast Asia. These resistance patterns could spread globally, especially in Africa, where malaria is endemic. Further understanding and characterizing the drivers of AMR, including poor quality medicines, is paramount to ensuring continued effectiveness of our existing medicines supply while encouraging the development of novel products.

The increasingly common shortages of antimicrobials are a threat to the emergence of AMR. While the threat of such drug shortages is most acutely experienced in low-income and middle-income settings, their consequences affect the quality and effectiveness of antimicrobials worldwide.

According to the latest analysis from USP’s Medicine Supply Map, antibiotics are 42 percent more likely to be in shortage compared to all other drugs; of the classes of antibacterial drugs, cephalosporins are at elevated risk for shortage. Medication shortages can lead to substandard and falsified versions entering the supply chain, and as noted above, increase the risk of AMR development. Additionally, the USP analysis shows that a geographic concentration in the registration of antimicrobial API manufacturing sites to the FDA exists; India and China combined hold 58 percent of antibacterial API registrations and 83 percent of antiviral API registrations. Improving the global medicines supply chain helps ensure the quality of products and practices everywhere.

A multifaceted approach to addressing AMR

Sustaining a resilient supply of antimicrobials that continue to remain effective against disease is a global health imperative. Strategies to combat AMR will require global partnerships and alliances and must include the conservation of existing antimicrobial medicines along with the simultaneous innovation of novel products. USP recommends a multifaceted approach to addressing AMR, including:

A recent editorial in The Lancet states, “A lot of research has described the problem of AMR, but not enough has been done to study the solutions or how to change the political conversation.” AMR was one of the world’s most concerning public health issues before the emergence of COVID-19, and as we recover from the pandemic, AMR will be an even more urgent issue. Addressing AMR necessitates working collaboratively at the local, regional, national and global levels, and relies on shared and effective communication, collaboration and coordination – which USP is uniquely poised to do along with national and global stakeholders. 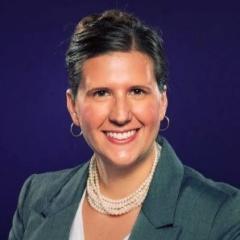 How to Help Avoid Tragedies Linked to Contaminated Cough Syrup...

The World Health Organization (WHO) recently issued a Medical Product Alert after four substandard products were identified in The Gambia, which may be linked to t