When the UN General Assembly declared March 8 a day to support women's rights and participation in the global arena, it recognized the critical role of women and girls in achieving global development goals. This year marks the 10th anniversary of the establishment of UN Women and the 25th anniversary of the Beijing Declaration and Platform for Action, a groundbreaking roadmap for the empowerment of women and girls everywhere.

USP is also marking a major milestone. As we celebrate our 200th anniversary, we reflect back on the contributions of women in making people healthier through safer medicines. From our early days, USP has recognized that women are vital to our mission to improve global health through public standards that ensure the quality, safety and benefit of medicines. Clara Marshall, the first woman appointed to the USP Convention in 1880, had numerous other "firsts" that helped pave the way for women in science and medicine, including being the first woman to attend the Philadelphia College of Pharmacy and to join the faculty of Blockley Medical College. Martha Morris James, a USP Fellow in 1894, was also a strong advocate for women's rights and equal participation. At the 1898 meeting of the Wisconsin Pharmaceutical Association, she urged her fellow scientists to consider: "Think what higher education means and does for your country. Educate the boy and girl equally and you will have a thriving and prosperous community."

USP recognizes this to be true not only in the United States but throughout the world. In 2017, USP's Center for Pharmaceutical Advancement and Training in Ghana honored women leaders for their contributions to science and health. Before receiving their awards, these remarkable women joined USP in mentoring female students and professionals and launching that year's Women in Science Exchange (WISE) program. USP created WISE to empower female students and professionals by pairing them with women mentors who are leaders in pharmaceutical, medical or regulatory science. In 2018, USP-Ghana launched the Girls Empowerment and Development Project, an initiative that not only provides feminine care packages to young girls at resource-constrained schools in Accra, Ghana, but also offers monthly meeting sessions to discuss topics such as girls' rights, sexual harassment and bullying. Since then, the project has partnered with USP's Global Women's Network to collect and donate supplies. Last year, enough supplies were collected to support 65 girls for seven to eight months.

Globally, USP advocates for more women working in medicine and science and other areas that directly impact their health and future. At the 70th World Health Assembly's panel on "Enabling Global Health Security Through Health Systems Strengthening: Perspectives from Women Leaders," former USP Vice President Dr. Katherine Bond stressed that healthcare efforts are effective only if they include women. USP India received the "Best Organization for Women Empowerment" honor at the 2019 Women Empowerment Summit & Great Indian Women Leadership Awards for its efforts to recruit and train women.

Tackling today's greatest health challenges requires harnessing and developing all talent. Today over half of participants at USP's technical, scientific and other trainings are women. Women make up 51% of our workforce, 44% of our scientists and 30% of our executive team. They also serve as expert volunteers. The most recent USP Beal Award for Distinguished Volunteer Service, which recognizes a person who has made outstanding contributions to the public health while serving as a USP volunteer and is bestowed only once every five years, was awarded to Gigi Davidson, who played a leading role in USP's response to several public health crises. Our Board of Trustees is chaired by Susan Winckler, a leading figure who previously served as chief of staff for the U.S. Food and Drug Administration.

Together, these efforts seek to empower women to lead in areas that impact our health and well-being. USP's vision of a world in which all people have access to high-quality, safe and beneficial medicines is strengthened by our women volunteers, members, staff and stakeholders around the globe. 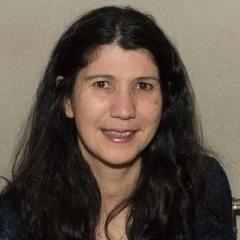